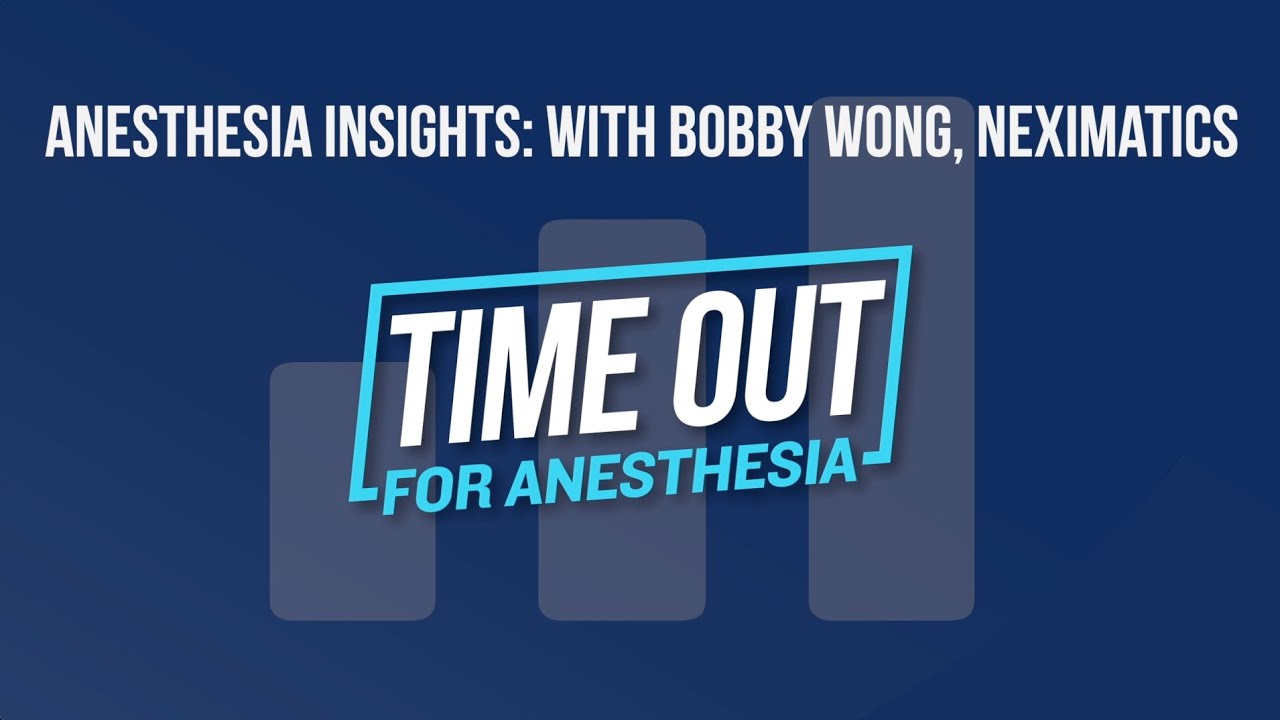 This article was developed from an interview with Bobby Wong, Founder, and President of Neximatic. You can watch or listen to the original interview via the links at the bottom of this page.

When Graphium first started, there was a lot of hesitation in the marketplace about automation – especially when it came to something like tracking vital signs, which had always been done by a human. Giving that trust over to a computer can be, understandably and respectably, a challenge for a clinician who is responsible for a life in the OR. But now that technology has progressed to its current level, we’ve seen a shift to a more positive outlook. What are some factors that may lead users to adopting more automations and integrations in their workflows?

People want automation to make their workflow easier. It’s becoming more and more natural for users to begin using a product and then start asking what about it could be automated. Neximatic is a great example of a company that operates in the automation space. Graphium’s paper-like interface enables users to sketch the chevrons & dots that they’re used to as easily as using a normal pen. But we aren’t surprised when our users start to think, “Could this just happen automatically?” So we partner with Neximatic—a solution that pulls vital signs like the heart rate and the blood pressure and streams it directly into the digital record in the Graphium system. Much like the other discrete values that users can select or enter across the Graphium record, vital signs become more legible, more organized, and more automatic.

With any innovation, there will always be early adopters, and there will always be people who prefer to do things the same way they’ve done them for a while. Vital sign charting automation is certainly no exception. In fact, one of the distinct advantages of the Graphium platform is that it allows for early adopters and the more hesitant to chart whichever way they prefer.

What’s had the most significant impact on technology adoption and expectations across the anesthesia & healthcare landscape, though is probably the iPad.

10 years ago, if you wanted to chart electronically, you would be forced to use a laptop. Just before the advent of the iPad, mobile tablets had begun to emerge–but adoption was slow and the user experience wasn’t necessarily optimal, from the interface on the screen even down to the not-so-high fidelity styluses that were available at the time.

Enter the iPad. A new world has opened up where technology is as intuitive as using your fingers. The masses have begun to anticipate an easy, nicer, user-friendly graphical interface. The experience on the iPhone and iPad has become so familiar that healthcare workers, like most users, are often disappointed if their workflow is in any way cumbersome or unintuitive. And the feeling is justified. The amount of time a provider has to spend figuring out technology is subtracted from the time that could be spent paying attention to the patient.

We turn immediately, then, to the clinical side. At the end of the day, this is about the quality of patient care. With integrated vitals, instead of putting the numbers in every five minutes, a provider can pay attention to the patient, better anticipate what’s going on in the OR, and pay attention to the surgeon everything, among other advantages.

Removing Bias From The Data

Another less obvious, but perhaps tantamount incentive for turning toward automation is to remove bias. This is a tremendously powerful consideration when we think about any kind of problem–especially one that leads to litigation. Simply put, the data that comes out of an automation is only that: pure data that isn’t misead—intentionally or unintentionally—by human bias.

We immediately, then, see a boost in confidence around the quality of data that comes from this kind of automation. Humans may be biased, humans get burnt out, humans may not catch a vital here or there due to screen fatigue, or handwriting may get sloppy and illegible; a computer just doesn’t have those issues.

Using a non-integrated charting method, how many times would a provider check a patient’s vitals across the course of an encounter? Once every 10 minutes 15? A point probably also occurs at which manually checking a patient’s vitals too often becomes dangerous. To check vitals 3-4 times per minute, for instance, would keep any clinician from appropriately performing other necessary duties in the OR.

But an automation such as Neximatic can offer that many checks without interfering at all with the surgical process, freeing clinicians eyes and hands to, once again, provide higher quality care for the patient.

While the clinician becomes freer, though, the data becomes so much richer. Now we have data points across the span of the encounter that we didn’t have previously, and when we have more data in one place, we can begin to correlate it with data that we have in other places. We can look at every instance of a drop in heart rate or respiratory rate and measure it against anything else we are recording in the OR.

More data that is less biased? That kind of granularity is a recipe for wonderfully advanced analytics, and we’re excited to see what happens in the future.

Listen to the Time Out with Dr. Z Podcast

Time To Value with Daniel Dura

Your Demo!
Schedule a custom demo for your anesthesia group
Schedule Your Demo